‼️Board of Architectural Review Update: The demolition requests for 411 and 514-520 South Loudoun previously scheduled for August 18 have both been pulled from the agenda today. Thanks for your interest in these properties, and we will update you when we learn more. ... See MoreSee Less
View on Facebook
· Share

Clean and Shiny!Sandra Bosley shows off the final results of the cleaned plaques on the Hexagon House for National Historic Marker Day in 2022. Photo by Rick Alvarez.www.flickr.com/photos/phwinc/52038498214/ ... See MoreSee Less

Clean and shiny! Sandra Bosley shows off the final results of the cleaned plaques on the Hexagon House for National Historic Marker Day. Photo by Rick Alvarez.
View on Facebook
· Share

The Open House for Bough & Dough Shop artists is this Saturday! Stop by the Hexagon House, 530 Amherst St. in Winchester, VA between 10 AM - 1 PM to see the space, ask questions, bring your work for an in-person jury review, and fill out artist applications.‼️Can't make that day? Applications will be accepted until September 2 by snail mail or email (remember to include your portfolio pieces for the jury process!). You can find the artist forms and an informational sheet for the Shop on our website www.phwi.org/hht.php ... See MoreSee Less

800 Amherst Street, c. 1891Detail of the chimney, roof, and upper story at the Toll House on the intersection of Amherst and Whittier. Image taken for the Revolving Fund Property Review in 2007.www.flickr.com/photos/phwinc/15004881728/ ... See MoreSee Less

Detail of the chimney, roof, and upper story at the Toll House on the intersection of Amherst and Whittier. Image taken for the Revolving Fund Property Review in 2007.
View on Facebook
· Share

PHW has been notified the demolition applications for 411 and 514-520 South Loudoun have both been withdrawn from the August 18 Board of Architectural Review agenda. Thank you to those who showed interest in speaking at the public hearing; we will keep you posted on future developments as they become available.

PHW has reviewed the preliminary structural reports for 411 and 514-520 South Loudoun Street this week. From our reading and conversations, we believe 411 South Loudoun is able to be rehabilitated following some selective (not total) demolition to the rear of the structure. The main block of the house facing Loudoun Street appears to be relatively sound and the issues found are common enough to correct. The rear wing is more deteriorated primarily through water damage, but reconstruction or a new addition to the rear of historic buildings is an acceptable and common way to repurpose historic buildings for new uses and needs.

The townhouses at 514-520 South Loudoun are more deteriorated, but we would like more information from the completed structural reports. Again, it sounds like water and lack of maintenance were the primary sources of deterioration. One of the issues we have circled back to many times at PHW during discussions involving these properties is the unique character of the townhouse facades. While there are a few townhouses of a similar style in Winchester, none have quite the same “San Francisco” feeling as these units with their walk-in basements. One idea that may be worth exploring for the townhouses is a facadectomy, wherein the facade (the most architecturally interesting portion of the building) is retained, and an entirely new structure is built behind. This approach may be particularly useful in this case because the interior of the building may be difficult to work with for modern conveniences, as the units are reported to be very narrow, dominated by staircases, and the rooms quite small inside.

In either case, for both structures, there is no plan by the applicant to rebuild. Philosophically, PHW is opposed to demolition that leaves holes in the streetscape. Given the slow pace of action of these properties throughout almost the entire existence of PHW as an organization, we have little hope should this demolition be approved that anything will be built on this land within the next fifty years. We urge the applicant to finally relinquish these properties to other entities who are willing and able to proceed in meaningful action instead of continuing a slow and painful demolition by neglect.

If you would like to make a statement on these properties, the public hearing for demolition is scheduled for August 18, 4 PM at Rouss City Hall.

In other news, we also watched this presentation from the Thomas Balch Library on African American Genealogy this week. While this is focused on Loudoun County and some of the search resources are not available for Winchester, it can provide ideas for alternative lateral research avenues. If you are on the hunt for more information, you may wish to check out the Virginia Untold website to start or flesh out your search.

A notice was posted in Thursday’s Winchester Star for the proposed demolition of structures at 411 and 514-520 South Loudoun Street for the August 18 Board of Architectural Review, 4 PM at Rouss City Hall. We are awaiting further clarification at the time of this post, but we will follow up with additional information when/if it becomes available.

Both structures are deemed architecturally contributing to the Historic District, and PHW has received word of several people who would like further investigation into the ability to rehab these structures. 411 S. Loudoun (believed to date to the 1860s through deed research, with likely late 19th century porch embellishments) is a typical Winchester vernacular house, similar to many others that were bought, resold, and restored in the Potato Hill neighborhood. The houses at 514-520 S. Loudoun may be the last intact frame Queen Anne style rowhouses left in the Historic District, possibly due in part to their relatively late construction date of 1903.

PHW’s preference is always to attempt rehabilitation for our contributing Historic District properties, particularly if there are people willing to undertake the work. As we have seen through PHW’s Revolving Fund and other private investments over the years, some truly astounding work can be accomplished by motivated and dedicated individuals. We hope that whatever entity undertakes the necessary work on these properties will do so in a manner sensitive to this special neighborhood and its plethora of early historic homes. 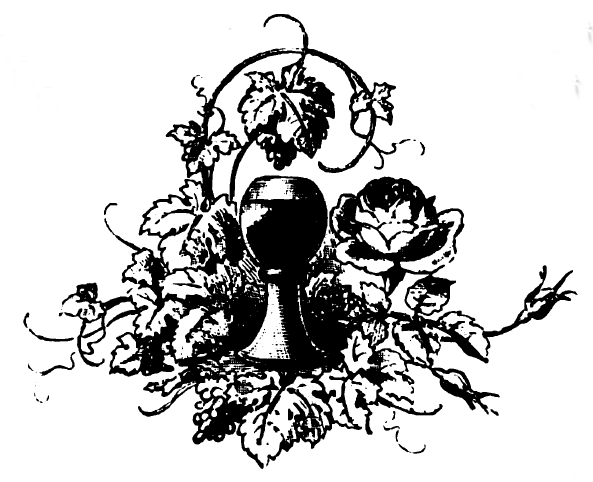 Looking for something to do this weekend? This Saturday is the 7th annual Chocolate Escape in Old Town Winchester. Look for red balloons at participating businesses between 2-5 p.m., or find more information at the Old Town Winchester site.

The French and Indian War Foundation invites you to celebrate George Washington’s 288th birthday with them on Friday, Feb. 21, 5:30-8:30 PM at the Half Note Lounge in the George Washington Hotel, 103 E. Piccadilly St. This free event is open to everyone. A cash bar and appetizers at $20/plate will be available.

A monument at the site where Turner Ashby was mortally wounded in the Civil War was vandalized recently in Harrisonburg. Regardless of your thoughts on the vandalism, cleaning and restoring historic structures and monuments from paint vandalism is especially laborious. If you find yourself in a similar situation, you may wish to investigate the technical briefs Removing Graffiti from Historic Masonry and Preserving Grave Markers in Historic Cemeteries. The National Center for Preservation Technology Training also has a few blog entries dedicated to graffiti removal and sacrificial coatings for stone monuments (marble specifically for the study linked in the blog).

The Trapezium House was an unusual find in our news feed this week. Similar to theories we’ve heard about the Hexagon House, the house in Petersburg was built without parallel walls in an attempt to make the building free of evil spirits who would become trapped in the corners. A bit more history and images are available at Clio.

The Board of Architectural Review will have multiple positions opening at the end of April this year. If you are interested in joining the board, or another city commission, the online application can be found at the city’s website.

Mark you calendars tentatively for April 3 and 4, when we hope to host a book launch party and sale weekend for the revised copy of Winchester: Limestone, Sycamores & Architecture. In addition to those books, we hope to have a small book sale of other new and used books (including copies of Why Old Places Matter) and magazines relevant to local history and architecture. If you have books or magazines in good condition to donate as you downsize your collections, stop by the Hexagon House between now and April. Sandra will be happy to look over your items and see what is suitable for the sale. More information will be finalized and available soon!