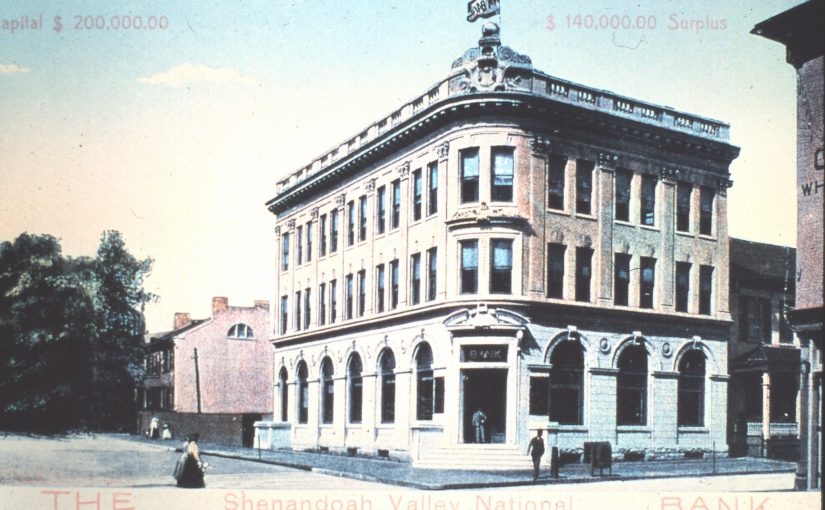 The Winchester Star has been publishing the bank building at 201 North Loudoun Street, most recently a Wells Fargo, was constructed in 1950. The Beaux Arts style building was actually constructed in 1903 for Shenandoah Valley National Bank. The bank appeared in a newspaper special on Winchester commercial enterprises published in 1904 and has been documented extensively since that point via postcards throughout the 1910s and ‘20s.

For more information, you may also wish to refer to the 2011 architectural survey of the building, which can be found here.