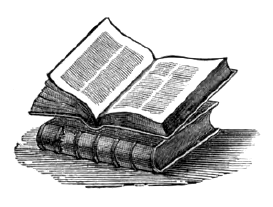 Many of you who have visited the Hexagon House might recognize that name – James W. Burgess is the man who built the Hexagon House. He has always been something of an enigma, made more difficult to research by his name being fairly common and some inaccurate reporting in T. K. Cartmell’s history providing false family connections and leading us to think he was older than he was. It has taken a long time, but with the new records available digitally, much patience and a little frustration, we can shed at least a bit more light on this man and clear up a few inaccuracies we had previously reported and perhaps get this information out to Burgess family descendants for more information.

James W. Burgess was born about 1826 in Virginia. It appears that the family moved to Ohio while he was young, but returned to Virginia sometime between the 1850 and 1860 census. James married Sarah C. Harrison probably in the early 1860s and lived with his wife’s parents George and Elizabeth Harrison, as well as what we believe to be James’s sister Emma and mother Catherine J. Burgess. James and Sarah also had an infant son, William H. At the time of the 1860 census, James’s profession was listed as milling, which concurs with the Harrison family profession. In the 1850 census, he had been listed as a carpenter.

James W. Burgess purchased two adjoining parcels of land on what is now Amherst Street, one in 1867 and one in 1869, from land that had formerly belong to Hawthorne, amounting to about 4.5 acres. The Winchester Journal of January 29, 1869 says, “Mr. James W. Burgess is preparing to erect a fine house on his lot, near the town spring. He has the advantage of an elevated and beautiful situation, and will doubtless improve is so as to make it in every way desirable.” This house was, of course, the Hexagon House.

We now believe he started his furniture business in Winchester in January of 1869. While we’ve referred to him as a furniture maker or casket dealer, it seems more likely that from 1869-73 he opened his own branch of a Hagerstown business. As we suspected, his store now is confirmed to have been located “on the north side of Piccadilly, between Main and Market Streets in the building occupied by Burgess & Co. Real Estate Agents.” This also confirms the suspicions aroused by the number of times James W. Burgess has been found in deed searches shortly before and after the Civil War to the early 1870s. At this point the exact location of the furniture store and real estate office is not known, but the actual building is likely demolished and may be in the area where the Bank of Clarke County sits or an adjacent lot.

We know the family was here from the 1860s through at least 1873 or 1874, when the Panic of 1873 had made the family’s fortunes decline and the Hexagon House go up for sale and then into foreclosure. By the 1880 census, they had relocated to Ironton, Ohio, and had three sons: Frank M., George S., and Eddy M. Burgess. It appears the one year old son they had in the 1860 census had passed away; it is unknown at this time whether there were other children born between William and Frank. James, about 54 at the time of the census, was selling sewing machines, which helps explain our belief he may have been a tailor (more likely he was in the wholesale business again, like his furniture in Winchester.) His older sons were employed as a telegrapher and a bookkeeper, while the youngest was still in school. Despite his relatively young age, James passed away in 1882 in Ironton, and his death was reported locally – but only tersely – in early March. To date, we have not been able to locate his grave or a fuller obituary to obtain more details, though it seems likely he is buried in Ironton, perhaps in Woodland Cemetery, and likely died in later February to very early March of 1882. We have been unable to locate Sarah, Frank, or Eddy with any certainty in future census or grave records.

If you know more about the James W. Burgess and the family described here, please let us know any more details at 540-667-3577 or phwinc.org@gmail.com. We have long wondered why or how James chose to build a hexagonal house and what his life was like before and after his time in Winchester. Family portraits or photographs are also something that, so far, we have not found but would love to include in our tours of the Hexagon House.

Cautionary words for future researchers: As unbelievable as it may seem, there are multiple James W. Burgess of roughly the same age and in the broad geographic areas. Because of this, we are uncertain at this point whether or not “our” Burgess is one of the multiple James Burgesses who are found in Virginia Civil War soldier records. The Captain James B. Burgess that Cartmell states in his history was James W.’s son is inaccurate; his 1907 obituary states his parents as Abra(ha)m and Sarah (McCleave) Burgess. This separate family line has been much more thoroughly documented. It appears Abraham was a brother to the James H. Burgess noted as living in a “suburban home” on the east side of Winchester in Cartmell’s history. We believe James W.’s father may be William S(immons) Burgess, a brother of James H. Burgess, so the lines are related but this branch does not appear to have been documented.