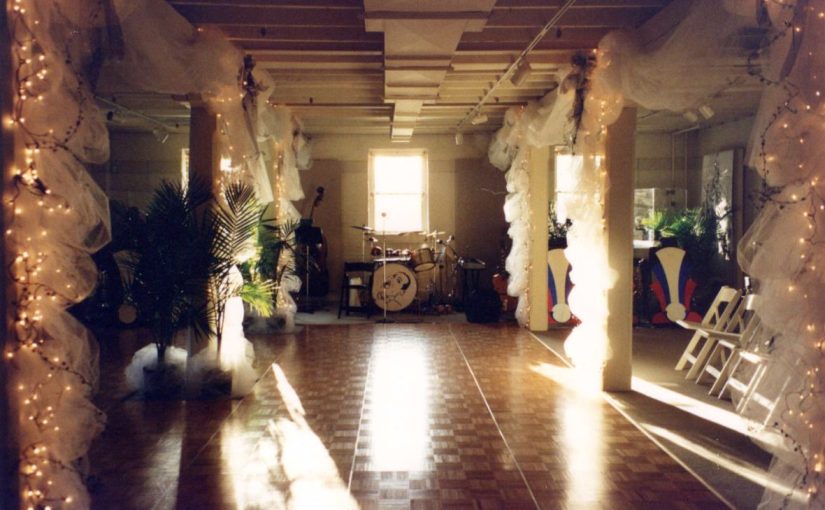 It’s been a while, but during preparation for our second half of the West of the Blue Ridge posts for 2022 this week, we pulled out some of the Kurtz Cultural Center scrapbooks to look for more information we could add to the posts. In addition to some interesting interview tidbits, we also found 22 photos. They appear to be new additions for our digital holdings and were subsequently scanned and added to our online collection for the Kurtz Cultural Center.

One set of images appears to be from the decoration setup and opening reception of the Julian Wood Glass gallery and exhibit that was hosted on the third floor of the Kurtz, as well as an initial reception at the kick off of the Kurtz rehabilitation. A few scattered images came from the quilt and woodworking exhibits, and one appears to be from the West of the Blue Ridge exhibit itself. All the images have marks indicating they had been tacked up on a board at some point, most likely explaining how they slipped out of their exhibit or event files. No captions have been added to these photos yet, but if you recognize some faces, feel free to drop us a comment or email to help us identify the revelers.

Catch the new additions at the top of PHW’s photostream on Flickr.