With the Kurtz Building well on track after the hard hat tour in April 1990, it appeared the Kurtz Cultural Center was ready for smooth sailing. The exterior had been cleaned up — no longer could it be called just an ugly grain warehouse — and the interior was being prepared for its new use as a Cultural Center while retaining as much of its architectural integrity as possible. The basement had been dug out to allow room for a hands-on children’s gallery space. The second and third floors were set aside for gallery and office space. The majority of the first floor was designated for the first official Old Town Welcome Center in Winchester. (1) (2)

As promised, in the fall of 1990, Winchester City Council conveyed the Kurtz Building to PHW. As had been established years before, the conveyance was for the building only, not the land, and Frederick County still retained an option to build on the land. It was well understood that at any time the work PHW put into saving the Kurtz could be undone — although that possibility was remote, it was never glossed over. Thus it was a surprise when the Frederick County Board of Supervisors leveled the accusation that by conveying the building to PHW, the City unilaterally changed the terms of the 1980 City-County agreement. (3)

The Winchester Star suggested an idea to lay the Frederick County building option to rest once and for all by selling the option for $1 to PHW. The option was of limited value to anyone else, particularly since the Kurtz Cultural Center was poised to become a reality. It was suggested that by offering the option at a nominal price, it would show the County’s willingness to see the Kurtz Cultural Center succeed. However, the value of the option that the supervisors reached was $20-25,000. Their counteroffer was that the $20,000 from PHW’s purchase of the option would be put toward preserving Frederick County Civil War sites. (4) (5) (6) 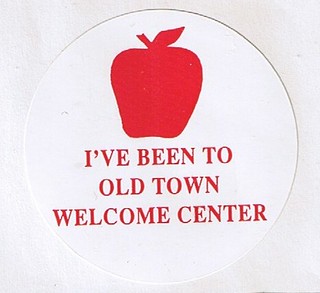 Unsurprisingly, PHW submitted the only bid — $10 — for the option. (7) The bid was not even considered in 1990, and the issue lingered into 1992, when the County attempted to hinge the building option on annexation agreements between the City and County. (8) Undeterred, PHW continued its work on the Kurtz Cultural Center, even moving the PHW office from the Hexagon House to the Kurtz Building in April 1992. (9)

At last, on June 1, 1992, the Old Town Welcome Center opened at the Kurtz Building. With the welcome center operational, the downtown had a central location for brochures and tours, public restrooms, a gift shop, and the first few exhibits of the Kurtz Cultural Center (10) (11) One month later, the longstanding issue with the Frederick County building option was resolved when Winchester City, Frederick County, and PHW entered into an agreement that the City would release its reversionary clause and conditions from the 1990 deed, and the County would release its option until such a time as the Kurtz Building reverted to City control. The Kurtz Cultural Center was now ready to serve the community without fear of further entanglements in the annexation negotiations.