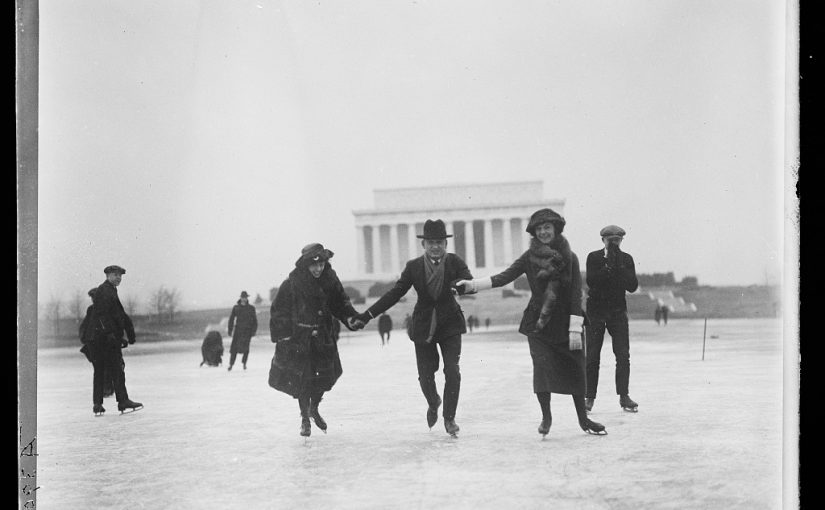 After an unseasonably warm December, winter weather is at last upon us! While it might be hard to find activities suitable for the freezing weather and short days, one of the historical activities people enjoyed would have been ice skating outdoors on ponds and streams. It is believed the so called Year Without a Summer at the beginning of the 19th century and the subsequent stretch of cold winters set the foundation for skating to flourish from Northern Virginia to New England. Indoor ice rinks began to emerge after the Civil War, and coupled with the mass production of ice skates the activity became more accessible to anyone at any time (1).

Many of these early indoor rinks have now been lost, including the examples known to have been in Winchester. The oldest known indoor rink still in use not just in America but in the world is is Matthew’s Arena at Northeastern University, constructed in 1910. If you have a hankering to explore some other ice rinks with a historic past, check out Three Cool Ice Rinks In Hot Historic Spots from the National Trust for Historic Places. One of the highlighted rinks is at Hot Springs at the Omni Homestead Resort.

If you get the urge to skate yourself this winter, it might be hard to find an rink these days, but you can check out options on Virginia.org, several options exist in the Roanoke area, and for a more group based activity, check out synchronized ice skating in Richmond. Happy skating!