Did you miss the Annual Meeting on Sunday? You can get a glimpse of it online at LocalDVM.com. The initiative that was alluded to in the news report is our goal to become more involved in the North End of Winchester to preserve buildings and places that may not be seen as traditional “historic preservation” projects, but ones that focus on the broadening goals of historic preservation and cultural significance. (A CityLab article from last summer, How Do You Measure the Value of a Historic Site?, discusses these kinds of goals and topics for a 1930s neighborhood in Singapore.) 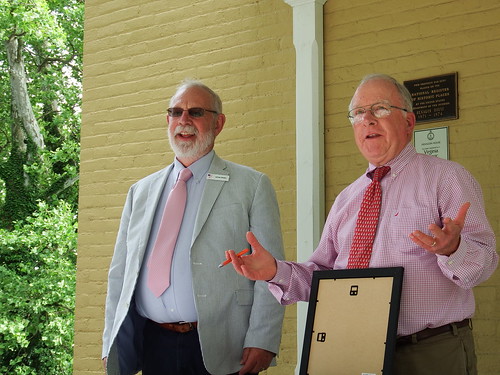 We are also pleased to announce our slate of PHW preservation award winners for 2018:

Awards of Merit
These awards recognize renovations of houses or buildings that contribute to improving the character of their neighborhoods and maintaining the overall historic fabric of the city.
Scallan Properties
Coca-Cola Bottling Works, 1720 Valley Avenue

Lucille Lozier Award
This award is named in honor of Lucille Lozier, a founding member of PHW and president of the organization in 1969. It is one of our highest honors, awarded for the renovation of a significant structure retaining 75% of the historic architectural fabric.
Richard and Melanie Lewis
21 South Washington Street

Ben Belchic Award
This award is named in honor of Ben Belchic, a founding member of PHW. Ben Belchic was also an active member of the Winchester-Frederick County Historical Society, so the Belchic award recognizes a significant contribution to understanding Winchester’s history. These awards are generally presented for written texts, such as books, maps, National Register nominations, and guided tours.
Timothy Youmans
Winchester Street and Alley Name Origin Database

Past award winners and the nomination form for future award nominees, can be found on the PHW website. Find more images from the 54th Annual Meeting at Flickr.