This week, PHW has added 47 photos of the Millbank House on Route 7 to the Flickr account. The images were dated between November 1984 and March 1986 as PHW volunteers documented the farm and advocated against demolition as part of the plans for a nearby water treatment plant. 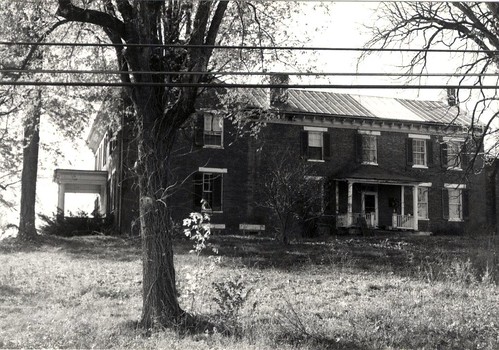 The house was constructed circa 1850 by Issac Wood and his son Daniel T. Wood. The Woods owned several mills along the nearby Red Bud Run. Because the Wood family were Quakers, abolitionists, and Union sympathizers, General Robert H. Milroy issued a protection order for the property in 1863. The house was heavily involved with the Third Battle of Winchester and served as a makeshift field hospital in the aftermath of the fighting. Daniel Wood continued to live at the home until his death in 1915, and his heirs retained the property until 1964, when it was sold to Robert Koon. 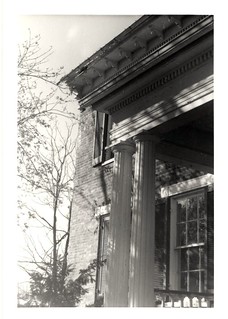 The ongoing preservation battle began in 1983 when the Frederick-Winchester Service Authority condemned the 88 acre dairy farm for a new water treatment plant. The last owner, Robert Koon, Jr., was forced to vacate the property in May of 1984. Despite numerous offers from private individuals to purchase the house and either relocate or renovate it, Millbank languished and suffered vandalism of key architectural features while teetering on the edge of demolition for two years. In the end, only the threat of losing the federal funding for the treatment plant – reported as 75% of the $22 million project in 1986 – if the house were demolished appears to have halted the push in the 1980s. The issue continued to resurface from time to time as the house further decayed.

The house and three acres of surrounding land has at last found its way into preservation-friendly hands with the Fort Collier Civil War Center in 2013, which was founded to preserve the earthworks of another important Third Battle of Winchester site. It was added to the National Register of Historic Places in 2014 for its significance during the Third Battle of Winchester. Efforts to stabilize and weatherproof the house are ongoing. Learn more about the current condition of Millbank at the Fort Collier website.

See the documentary images of Millbank taken by John G. Lewis from 1984-1986 at Flickr.