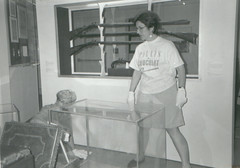 For almost ten years, the Kurtz Cultural Center offered a diverse range of programs and activities with a number of community partners and traveling exhibits from larger museums. The KCC not only provided high quality exhibits with a particular focus on local history, but also offered a range of supplementary programs like lectures, children’s programming, appraisals from experts, and preservation techniques.

Several exhibits, namely “West of the Blue Ridge,” “A Community at War,” and “Valley Collectors” were well documented and exhibit photos can be viewed in PHW’s Picasa Gallery. Be sure to visit the album on Flickr to see even more exhibit photos from the Kurtz Cultural Center. At least some of the exhibits by year included: 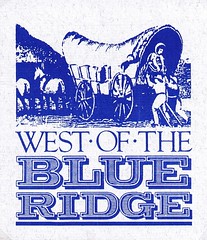 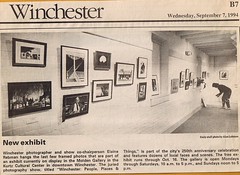 1995
Before Freedom Came
Art in Bloom
A Community at War 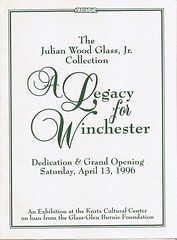 1996
Pictures of the World: The Art of the Mapmaker
View Point ’96 by SVAA
A Legacy for Winchester: the Julian Wood Glass Jr. Collection
Art Smart art exhibit
Valley Collectors

1997
Mirage exhibit by Elaine Rebman
Jewish Virginians
Faces of the Past portrait exhibit
Rivers, Fields and Skies exhibit by Wiley Redford Wine
The Tradition Continues: Woodworkers of the Shenandoah Valley 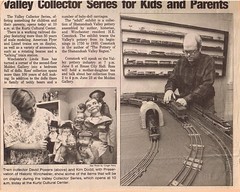 2000
The Art of the Frontier Gunsmith